New Trademark Laws For Québec – What You Need To Know 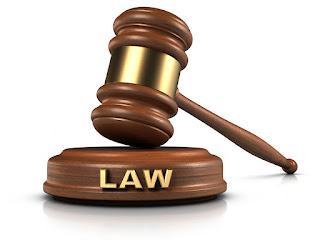 In approximately three years or less, the Québec Government’s newly adopted Bill 96, An Act respecting French, the official and common language of Québec will go into force. Bill 96 will have a significant impact on the use of English trademarks in the Province of Québec. For example, whereas in the past, both unregistered and registered trademarks did not need to be translated into French, under Bill 96, only registered trademarks will be exempt from translation into French. Currently, it takes approximately two years for a trademark application to mature to registration in Canada. As such, it is imperative businesses review their trademark portfolios and consider which trademarks ought to be filed for registration to ensure continued use in the Province of Québec.

The Present Rules in Québec:

Currently, in Québec, outside signage, inside signage that is seen outside, mall signage and/or signage on a pole/column (with some exceptions) displaying an English registered or common law (unregistered) trademark does not need to be translated into French. However, if the equivalent French trademark is a registered trademark, then the French trademark must be used on the signage. In any event, if there is only an English trademark, unlike packaging or promotional material, the signage must have “sufficient presence” in French and include: [1]

•  A generic term or a description of the products or services;

•  Any other term or indication favouring the display of information pertaining to the products or services to the benefit of consumers or persons frequenting the site (location).

The “sufficient presence” of French means that it should be displayed with permanent visibility and legibility in the same visual field as the non-French mark, although not necessary to be present side-by-side, in the same number, in the same materials or in the same size.[2]

Exception: If the English trademark is displayed on a pole/column and there are more than two trademarks on the pole/column then the signage does not need to disclose the generic term, slogan or other terms in French.  The typical situation would be the external signage of the parking lot entrance for an outdoor mall.[3]

Bill 96 – New Requirements in Québec for French in Trademarks:

When Bill 96 goes into effect, the scope of the “recognized trademark” exemption is greatly reduced.

First, only non-French registered trademarks will be exempt and not need to be translated into French. As such, an unregistered (i.e., applied-for or common law) English trademark will need to be accompanied by its French equivalent on commercial advertising and public signage.

It is expected that the newly adopted Québec language laws will be in force in three years or less.  Currently, it takes approximately two years for a trademark application to mature to registration in Canada. As such, if you offer goods and/or services in Québec and do not want to run afoul of the new Québec language laws, then it is imperative for you to review your trademark portfolios and consider a tailored solution to meet your business goals (for example, filing trademark applications with the Canadian Intellectual Property Office immediately).

Notably, these implications may not only affect English language trademarks but also trademarks using other non-French languages and potentially “coined” words.

For expert assistance with any issues pertaining to Trademarks, please reach out to MBM for a free consultation: