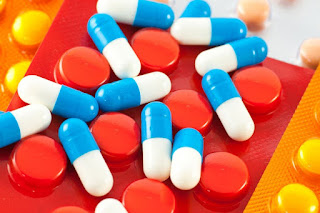 The grant of a patent containing a claim that relates to a medicine or use of the medicine approved by Health Canada triggers a 30-day deadline from the date of payment of the final fee to list the patent on the Patent Register maintained by the Therapeutic Products Directorate. A careful review of the timing of the grant after payment of the Final Fee (i.e., Issue Fee) in this case and the Canadian Intellectual Property Office’s service standards offers valuable lessons.

In this decision, the Federal Court (the “FC”) dismissed an application for judicial review brought by Merck Canada Inc. (“Merck”) over the refusal by the Minister of Health (the “Minister”) to add Canadian Patent No. 2,830,806 (the “‘806 Patent”) to the Patent Register pursuant to section 4(6) of the Patented Medicines (Notice of Compliance) Regulations (the “PM(NOC) Regulations”).

Merck markets KEYTRUDA®, a biologic drug for the treatment of certain advanced-stage cancers. The ‘806 Patent was issued on May 12, 2020, and contains claims that are directed to a formulation of the drug KEYTRUDA®.

The issuance of the ‘806 Patent was not reported by the Canadian patent agent retained by Merck’s American parent company (“Merck USA”) until June 15, 2020, more than a month after the patent had issued. Merck USA had however independently learned of the issuance on June 12, 2020 and immediately instructed Merck to take the necessary next steps. Patent lists were submitted the same day, but after the close of business, and were therefore deemed to have been filed on Monday, June 15, 2020.

On June 19, 2020, the Minister informed Merck of the preliminary determination that the patent lists relating to the ‘806 Patent were ineligible for being submitted outside of the 30-day window stipulated in section 4(6) of the PM(NOC) Regulations. Merck replied with written representations and affidavit evidence.

The Minister later confirmed on November 6, 2020 that the patent lists relating to the ‘806 Patent were ineligible for inclusion on the Patent Register holding, among other elements, that the Time Limits and Other Periods Act (COVID-19) (the “Time Limits Act”) does not extend the deadline within which first persons may submit patent lists in accordance with s 4(6) of the PM(NOC) Regulations; and that the 30-day deadline in section 4(6) of the PM(NOC) Regulations is not discretionary.

Merck argued that the Minister’s refusal would deprive the patent holder of substantial protections available under the PM(NOC) Regulations. Additionally, Merck said it would suffer prejudice because a subsequent entrant would be able to file a drug submission after the expiry of the six-year “no file” period for KEYTRUDA®, on May 19, 2021.

The FC determined that the Minister’s decision would be subject to review against the standard of reasonableness, meaning the FC would only intervene if “there are sufficiently serious shortcomings in the decision such that it cannot be said to exhibit the requisite degree of justification, intelligibility and transparency.”

The FC concluded that the Minister’s decision was justified, intelligible and transparent, and therefore reasonable. No costs were awarded by agreement of the parties.

The Final Fee for the ‘806 application was paid on March 20, 2020. The ‘806 patent granted 53 days later (about 7½ weeks) well before the 12 weeks service standard. A brief review of recently issued patents in Canada indicates that the quick grant of the ‘806 patent was not an anomaly and that patents are regularly granting within 6 to 8 weeks of payment of the Final Fee.

A key takeaway from this case is that once the Final Fee is paid for applications that are eligible for listing on the Patent Register, the CIPO database should be monitored closely for grant of the patent. To help with that, CIPO now also lists “Forecast Issue Date” on the Administrative Status page for each patent application and further sends a notification by email that the patent has granted. Please note that this is also applicable when filing a divisional application after payment of the Final Fee.