Foreign Prosecution History: To Admit, Or Not To Admit, That Remains a Puzzle To Canadian Courts 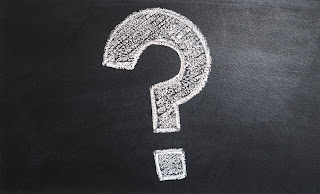 Section 53.1 of the Patent Act has brought about a significant shift in the Canadian approach to file wrapper estoppel by enabling the introduction of a patent’s prosecution history during claim construction. Prosecution files are now admissible to rebut a patentee’s representation that attempts to recapture ground conceded during the patent prosecution to avoid prior art.

In a unanimous decision, the Federal Court of Appeal (“FCA”) concluded that the Federal Court (“FC”) should have refrained from considering the prosecution history of the corresponding US Application at the trial level. However, whether the prosecution history of a foreign application can ever be considered pursuant to section 53.1 of the Patent Act is still unclear.

CanMar Foods Ltd. (“CanMar”) and TA Foods Ltd. (“TA”) are two Saskatchewan corporations competing in the business of manufacturing flax seed products. CanMar alleged that TA infringed its patent (the “376 Patent”) entitled “Methods for Roasting Oil Seed, and Roasted Oil Seed Products.” However, TA argued that its oil seed roasting or cooking process fell outside the claims of the ‘376 Patent. Specifically, TA’s process neither heated oil seed in a “stream of air” nor maintained the oil seed in an “insulated roasting chamber or tower.” Furthermore, these two limitations were added by CanMar during the prosecution of the corresponding US Patent Application (the “405 Application”).

In contrast, TA only used a Micronizer for heating oil seed via infrared radiation. Moreover, it was determined that the hoppers and the cooling tower of the Micronizer were clearly uninsulated. Therefore, TA claimed that no infringement could be found on the essential elements of the ‘376 Patent.

The trial judge considered two issues: first, CanMar expressly acknowledged that the claims of the ‘376 Patent had been amended to be substantially the same as the corresponding claims of the ‘405 Application in the United States; second, CanMar admitted that the amendments had limited the scope of the claims in order to overcome the novelty and obviousness concerns raised before the USPTO.

Therefore, the trial judge concluded that the language of section 53.1 generally should be limited to communications between the patentee and the Canadian Patent Office. However, consideration of foreign prosecution histories may be permissible as part of a purposive construction of the claims of the ‘376 Patent in such “extraordinary circumstances”.

Given that TA’s roasting process did not comprise the two essential elements at issue, the trial judge held that TA did not infringe any claims of the ‘376 Patent.

In the appeal decision, the FCA considered the scope of section 53.1 and whether it should cover communications between patentees and foreign patent offices.

The FCA found that the trial judge’s heavy reliance on the US case of Abbott Labs v. Sandoz, 566 F.3d 1282 (2009) [Abbott Labs] was inappropriate. In Abbott Labs, the US patent claimed priority from the application of the foreign patent which necessarily entailed that express reference to the foreign patent was made. Such was not the case here. Another US case, Paice LLC, The Abell Foundation, Inc. v. Ford Motor Company, 881 F.3d. 894 (2018) was found to be more relevant, citing that "[t]o incorporate material by reference, the host document must identify with detailed particularity what specific material it incorporates and clearly indicate where that material is found in the various documents."

However, CanMar only mentioned briefly in a response to the Examiner that “new claims 1-19 correspond substantially to those submitted during prosecution of a related United States application.” The FCA held that it would be a far stretch to say the prosecution of the US Application was incorporated by reference when the specific application was not even cited within the document.

Furthermore, the FCA considered the public policy reasons and held that allowing foreign patent prosecution history into the analysis might lead to overly contentious and expensive litigation. While the global system has become more interconnected, some differences lie in the respective registration processes and the languages of patent claims. For example, a party may disclaim an element in one country that they do not have to disclaim in another, and the potential issues of translation may lead to major problems in the interpretation of the claims as well.

That being said, the FCA also pointed out that one should not underplay the public interest in keeping those previously disclaimed elements from being re-claimed in future infringement cases.

In conclusion, the FCA ruled that the corresponding US prosecution history should not be considered, but wished to express no firm views on the broader issue of whether the prosecution history of a foreign application can ever be considered pursuant to section 53.1 of the Patent Act. As a result, the FCA simply upheld the underlying decision that TA did not infringe the ‘376 Patent at issue and that CanMar’s appeal should be dismissed.

Before the introduction of section 53.1 of the Canadian Patent Act, it was very clear that the prosecution history in another jurisdiction was inadmissible for the purpose of claim construction. In this case, section 53.1 of the Patent Act is perceived as a step to better align Canadian law with its UK and US counterparts.

The importance of the trial level decision was significant, as it was the first case in Canada to interpret the purpose of section 53.1 and how it compares to the application of file wrapper estoppel in the UK and the United States. The broader issue of whether the prosecution history of a foreign application can ever be considered will be left to the courts to clarify in future decisions.

If you are dealing with an IP litigation issue, please feel free to reach out to MBM for a free consultation