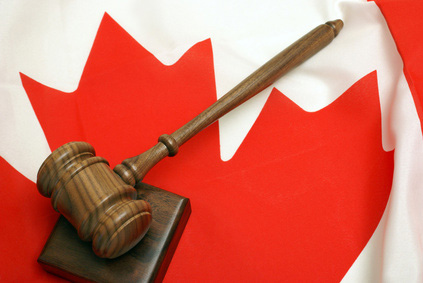 This case is applicable to all types of contracts including those involving Intellectual Property. The duty of honest performance requires that parties must not lie or otherwise knowingly mislead each other about matters directly linked to the performance of a contract.

In a 5-3-1 split decision, the Supreme Court of Canada (the “SCC”) re-affirmed the duty of honest performance in a contract, formulated originally in Bhasin v. Hrynew, 2014 SCC 71. In this case, Callow did not deny the existence of the right of termination but argued for the wrongful manner in which Baycrest had exercised the contractual right to terminate the winter maintenance agreement with Callow.

In September 2013, Baycrest terminated the winter agreement by giving the required 10 days’ notice. At this point, it was too late for Callow to secure any alternative winter contract. Callow sued for breach of contract, alleging that Baycrest had acted in bad faith.

The trial-level judge found that statements and conduct by Baycrest actively deceived Callow from the time the termination decision was made to September 2013 and awarded damages to Callow in order to place it in the same position as if the breach had not occurred. The Ontario Court of Appeal (“ONCA”) reversed the trial judge’s decision and held that the judge had erred by improperly expanding the duty of honest performance beyond the terms of the winter maintenance agreement.

Callow appealed the ONCA’s decision to the SCC. The SCC looked at two critical issues when considering if Baycrest breached its duty of honest performance:

(1) did Baycrest’s conduct constitutes dishonesty; and

(2) was Baycrest’s dishonesty directly linked to the performance of the contract?

In the majority opinion, it was concluded that by knowingly misleading Callow into believing the winter maintenance agreement would not be terminated, Baycrest had breached its duty of honest performance on a matter directly linked to the performance of the contract, even if the 10-day notice requirement was satisfied, and irrespective of their motive for termination. When awarding damages, the court considered if Baycrest's dishonesty had not deprived Callow of the opportunity to bid on other contracts, then Callow would have made an amount that was at least equal to the profit it lost under the winter maintenance agreement.

In the concurring opinion, 3 judges concluded that the majority's reliance on the civilian doctrine of abuse of a right distorts the analysis in Bhasin v. Hrynew and ignores the distinction between honest performance and good faith in the exercise of contractual discretion.

The only dissenting judge concluded that Baycrest’s conduct may not be laudable, but it does not fall within the category of “active dishonesty” prohibited by the duty of honest performance. The dissenting judge found Baycrest had no obligation to speak when it became aware of Callow’s mistaken belief that the contract would not be terminated unless Baycrest had taken positive action that materially contributed to that belief. The justice further found that absent a duty to disclose, it is far from obvious when exactly one’s silence will knowingly mislead the other contracting party or at what point a permissible silence turns into a non‑permissible silence that may constitute a breach of contract.

There are a few key takeaways from this case:

First, your intention may be irrelevant. You may get sued for creating misapprehension or giving false statements, even if you do not intend the counterparty to rely on it. The counterparty may draw conclusions from your conduct as well. For example, when discussing terms of a potential renewal, they may reasonably infer that the contract is likely to be renewed. When you realize that the counterparty has a mistaken belief about the performance of the contract, and only if your conduct has caused that mistaken belief, you should immediately correct them.

Third, whether or not a party has "knowingly misled" its counterparty is a highly fact-specific determination, and can include lies, half-truths, omissions and even silence. This merely exemplifies that dishonesty or misleading conduct is not confined to direct lies. Therefore, if you doubt whether the exercise of a contractual right or performance of contractual duty constitutes a breach of duty of honest performance, you are strongly advised to seek legal advice to reduce the risk of future litigation.