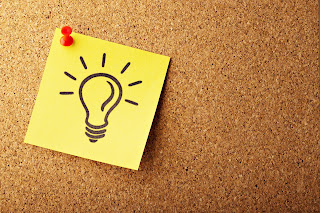 This article is part of a series on commonly held misconceptions about patents. Many prospective patentees often have unfounded reservations about patenting their inventions. The aim of this series of short articles is to debunk these common myths around patent protection.

Patent Myth #5: Even if my invention is in an early stage of development, I can still file a “quick and dirty” U.S. provisional application

A U.S. provisional patent application can be filed as a “place holder” to secure an early priority date and allows you to disclose or discuss your invention with potential investors.  A provisional application needs to be converted into a full application by the one-year mark and has to be filed individually in each country you are interested in.

Quality of the Provisional Application Drafted

One often hears that a provisional patent application can be as simple as sending the photograph of an idea scribbled on a napkin to the United States Patent and Trademark Office (“USPTO”). While these may still serve as stopgaps at the USPTO, their robustness and efficacy as patent applications are largely problematic.

Another aspect to keep in mind is the fact that provisional applications must still provide an enabling disclosure. That is, they are held to the same standard as non-provisional applications for being able to adequately teach the invention they protect. This is in fact a key requirement in all jurisdictions. For example, section 27(3) of Canada’s Patent Act states that the “specification of an invention must correctly and fully describe the invention and its operation or use as contemplated by the inventor.”

Patents are not cheap, but they can turn out to be your business’s biggest assets, so it is worth investing in them and drafting them properly from the start. It is equally important to remember that patent law isn’t simple. It is one of the most complex areas of the law, with numerous potential pitfalls if you aren’t careful. That’s why hiring a professional from the start, who is trained and experienced in navigating the intricacies of patent law, can end up saving inventors a great deal of time, money and trouble in the long run.

If you have an idea that you are considering patenting, please feel free to reach out to MBM for a free consultation.