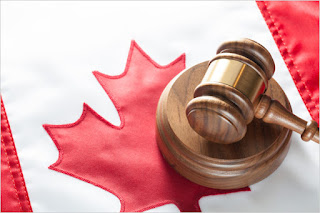 The Federal Court in a recent decision found a wide-reaching examination practice respecting purposive construction that was introduced by The Canadian Intellectual Property Office (CIPO) 7 years ago, to be against principles of purposive construction set forth by the Supreme Court and damaging to the prosecution of patents in several technology areas.

CIPO issued practice notice PN2013-02 entitled “Examination Practice Respecting Purposive Construction” on March 8, 2013 that instructed Examiners to frame their purposive construction of the claims through a problem and solution lens. In particular, it was CIPO’s position in this practice notice that “identification of the problem and the solution provided by the invention informs the purposive construction of the claims” and that only those elements that solved the identified problem were essential.

Two subsequent practice notices (PN2015-01 and PN2015-02) were also issued that detailed using the problem and solution framed “purposive construction” for the examination of applications directed to medical uses and medical diagnostic methods.

These CIPO practices significantly and negatively impacted prosecution in many areas of technology including computer implement methods, personalized medicine, diagnostics and biotechnology. In fact, to date, there have been 31 Patent Appeal Board decisions that referenced practice notice PN2013-02, ten of which included statutory subject matter objections. Of these ten, seven were refused outright.

The Federal Court in the recent Choueifaty v. Canada (Attorney General) decision (2020 FC 837) turned their eyes to CIPO’s practice of using the problem and the solution approach to inform purposive construction of the claims. This decision specifically reviewed Patent Appeal Board decision 1478 that specifically referenced PN 2013-03. Although Choueifaty v. Canada does not specifically reference the practice notices, the Court referenced the Manual of Patent of Practice 13.05.02 which incorporated the content of practice notice PN2013-02. The Court found:

[31] It is evident on a reading of the MOPOP that the Commissioner, notwithstanding stating that the patent claims are to be construed in a purposive manner, does not intend or direct patent examiners to follow the teachings of Free World Trust and Whirlpool. …

[37] The Appellant submits, and I agree, that using the problem-solution approach to claims construction is akin to using the “substance of the invention” approach discredited by the Supreme Court of Canada in Free World Trust at para 46. …

[40] For these reasons, I find that the Commissioner erred in determining the essential elements of the claimed invention by using the problem-solution approach, rather than the approach Whirlpool directs be used. (Emphasis added)

MBM welcomes this decision from the Federal Court that affirms our longstanding position that CIPO’s problem and solution framed “purposive construction” was inconsistent with the principles set forth by the Supreme Court of Canada.