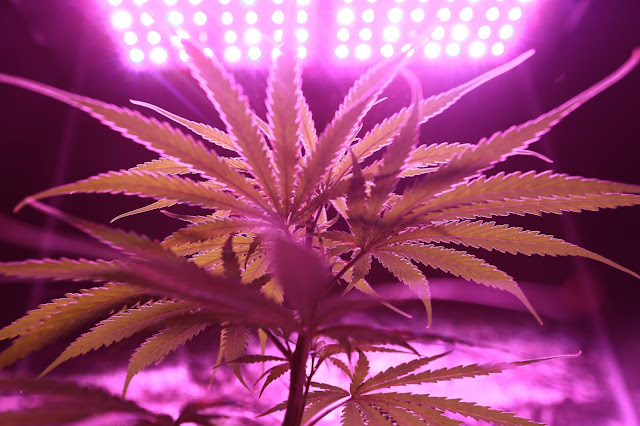 For budding cannabis enterprises in Canada, navigating the legal and regulatory regimes pose unique challenges. This article will briefly discuss the federal cannabis framework and delve into the various provincial frameworks adopted across Canada for the recreational sale of cannabis.

The Cannabis Act (the “Act”) came into force on October 17, 2018, and legalized the sale, distribution and consumption of recreational cannabis across Canada. Exactly one year later, the second wave of cannabis legalization introduced Cannabis 2.0 products to the marketplace. Cannabis 2.0 products include edibles, topicals, vape pens and beverages. The Act gives the Canadian federal government the power to regulate the cultivation, processing and sale tracking of cannabis. It sets the minimum age of consumption at 18 years old and allows for the possession of up to 30 g of cannabis per individual. In concert with the provinces, the federal government has the authority to regulate road safety, impaired driving, regulatory compliance and taxation. The federal government is also responsible for establishing regulations surrounding the branding, labelling and marketing of cannabis.

In response to the Act, each province has also adopted its own framework for recreational cannabis. The provinces are permitted to strengthen, but not weaken, the federal legislation and are responsible for regulating the age of consumption, retail sales, possession limits, advertisements and home cultivation, amongst other aspects. Here, we present an overview of the regulatory schemes for recreational cannabis of each province.

St. John’s, NL will famously be remembered as the location of the first legal sale of recreational cannabis in Canada. The Maritime Provinces have mostly adopted a legislative monopoly for the retail of recreational cannabis with the exception of Newfoundland and Labrador, which has chosen to implement a mixture of the public and private models. New Brunswick has announced that due to disappointing sales numbers, it will accept takeover bids for its retail operations.[1] The province hopes this switch to private retail will energize the private sector and maximize benefits for taxpayers. To order cannabis online in Nova Scotia, consumers must first visit a brick-and-mortar store and obtain an online access code by showing valid proof of age. This age verification measure is intended to prevent minors from browsing the website. In light of the recent illnesses associated with vaping, Nova Scotia has banned the sale of flavored cannabis vaping products.[2] Newfoundland and Labrador has taken a stricter approach to cannabis vaping products by banning their sale entirely.[3]

Both the Northwest Territories and Nunavut have implemented a legislative monopoly of the retail sale of recreational cannabis while the Yukon has opted for a mix of the public and private model. The Yukon is in the process of selling its provincially owned physical stores to the private sector but plans to retain online store.[4] The Nunavut crown corporation operates entirely from within the provincial government via a special revolving fund that sees its profits transferred back to the government at the end of each year. This approach ensures that the profits of legalization are directly put to work for the taxpayers. Interestingly, there are no physical stores in Nunavut and customers must rely on two territory approved agents for online purchases.

Ontario had initially planned to implement a government monopoly, which would have established online and physical points-of-sale. This plan was abandoned, and it was decided to instead let the private sector run the brick-and-motor stores. These last-minute changes meant that stores were not ready by legalization and customers had to rely exclusively on the online store. The Alcohol and Gaming Commission of Ontario (AGCO) is the regulator in charge of licensing private retailers throughout the province. In response to a slow rollout of retail stores, the province has cancelled its lottery system for awarding licenses and will instead open up applications and issue up to 20 store authorizations per month. Private retailers must apply and obtain a Retail Operator License and a Retail Store Authorization from the AGCO. The Ontario Cannabis Store, which runs the online store, is the exclusive wholesaler to private retailers. As of this article, roughly 500 applications have been submitted to the AGCO.

Quebec decided to implement a legislated monopoly on the sale of recreational cannabis. The Cannabis Regulation Act explicitly authorizes the Société Québécoise du cannabis (SQDC), a subsidiary of the Société des alcools du Québec (SAQ), as the sole entity in charge of regulating recreational cannabis sales. It was decided to increase the minimum age of consumption to 21, the highest in the country.[5] Quebec has also banned the home cultivation of cannabis plants for personal use. To protect children from the risk of inadvertent consumption, the Quebec government has decided to ban cannabis chocolates, sweets, and desserts.[6] In the face of a dramatic increase in vaping-associated lung illnesses south of the border, Quebec has banned cannabis vaping products.[7]

Both Manitoba and Saskatchewan have adopted a private model for the recreational sale of cannabis while Alberta opted for a public and private model. To the surprise of many, Alberta has become the poster child of a successful recreational cannabis rollout; boasting nearly 500 licensed retailers.[8] Alberta is also home to Aurora Cannabis which owns and operates an 800,000 square foot growing facility, one of the largest in Canada.[9] Edmonton will soon be home to the largest manufacturing plant in Canada for the production of cannabis gummies.[10] Saskatchewan and Ontario are currently the only two provinces that allow private retailers to deliver cannabis directly to consumers.

British Columbia (BC) has adopted a public and private model for the sale of recreational cannabis whereby the provincially run Crown corporation operates online and physical points of sale and the licensed private retailers operate physical stores. Interestingly, British Columbia was allegedly, Canada’s largest illicit market of recreational cannabis prior to legalization. Commentators who were hoping that BC’s large illicit market would translate into a strong retail presence were surprised when BC posted one of the worst sales records amongst the provinces one year into legalization.[11] Indeed, it appears that a substantial portion of the current dispensaries throughout the province operate without a license.[12] In order to protect the youth from vaping, the province has recently passed new regulations which prohibit nicotine-cannabis vaping products.[13]

Table 1 below provides a quick glance at the differences in the regulatory frameworks adopted by each province. It is still too early to tell which provinces will come out on top and which will have to tweak their regulatory frameworks to reflect emerging trends and public policy. Market stabilization could take many years and while the illicit market will not disappear overnight, it is important that federal and provincial governments apply pressure to squeeze it out. Moving forward, it will be important for the provinces to reflect on whether their chosen regulatory frameworks are actually achieving their intended objectives. Navigating these regulatory regimes can be daunting. Instead of taking this journey alone, we recommend you contact one of the legal professionals at MBM. Interested businesses should also check out our recent article that details how to protect your cannabis related trademark.

Carl Farah, Summer Student
T: 613.801.1072
E: cfarah@mbm.com
This article is general information only and is not to be taken as legal or professional advice. This article does not create a solicitor-client relationship between you and MBM Intellectual Property Law LLP. If you would like more information about intellectual property, please feel free to reach out to MBM for a free consultation.