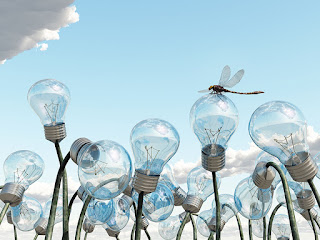 This article is part of a series on commonly held misconceptions about patents. Many prospective patentees often have unfounded reservations about patenting their inventions. The aim of this series of short articles is to debunk these common myths around patent protection.
Patent Myth #1: Even if I file and register a patent, some giant company could still infringe it and would probably win in court if I sued them.
First and foremost, the likelihood of a patent ending up in court is very low. Economic studies (http://faculty.haas.berkeley.edu/shapiro/patents.pdf) have shown that of the total number of patents that are issued every year, only about 1.5% of them are ever litigated, and that only about 0.1% of them are ever litigated to trial. The association between patents and litigation in the minds of the public is likely a result of the relatively more recent patent troll cases, and the disproportionately high media coverage they have received.
If the statistics aren’t enough, businesses and startups should also keep in mind that the laws and regulations in place will not likely allow a smaller company to be unfairly steamrolled in court by a much larger infringer. A good example of this is the case of Microsoft Corp. v. i4i Ltd. Partnership, 564 U.S. 91 (2011), where the Supreme Court of the United States (“SCOTUS”) unanimously upheld a $290 million award against the tech giant Microsoft in a case brought by a Canadian software startup, i4i Limited Partnership (“i4i”). The Toronto-based i4i had alleged that a version of Microsoft Word had infringed its patented method for editing documents.
While litigation can certainly be expensive, and while Microsoft did have much deeper pockets than i4i, the SCOTUS decision, and indeed the lower courts, agreed that Microsoft had willfully violated i4i’s patent rights and that i4i was due compensation for that infringement.
A key take away from the above example is that the success of i4i would never have been possible had they not acquired patent protection for their invention. Without their patent, Microsoft would have been freely able to use the technology, with any recourse for i4i being highly unlikely.
If you are considering obtaining patent protection or have questions relating to patent protection, please feel free to reach out to MBM for a free consultation.