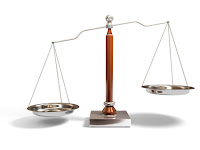 Canadian jurisprudence clearly sets forth a prohibition against double patenting. Double patenting, in Canada, is simply not limited to “same invention double patenting” which applies in situations where the claims are identical or conterminous. There is a second branch of double patenting which is referred to as "obviousness double patenting". This is a more flexible and less literal test that prohibits the issuance of a second patent with claims that are not "patentably distinct" from those of the earlier patent.